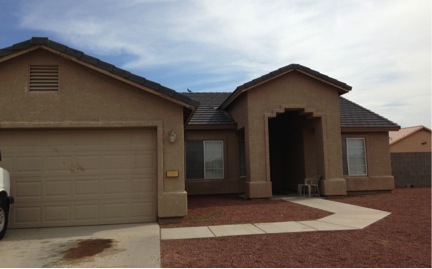 The portfolio, consisting of single-family detached homes located throughout the metro area, was close to fully occupied at the time of sale. The portfolio itself was made up of three- to five-bedroom homes, all of which were recently updated and well-maintained.

According to Victoria Miachika with Vestis Group, the seller was a lender who had taken the homes back during the downturn, managed them, and rented them out. “A lot of the homes were loan defaults,” says Miachika, who teamed with Vestis Group’s Natan Jacobs and Les Litwin to represent the buyer in the transaction. “He operated them well during the past several years, he put tenants into them, a lot of whom were long-term. We weren’t dealing with a lot of deferred maintenance.”

She tells GlobeSt.com that the buyer started to examine the Phoenix market for potential single-home investment approximately three years ago. In this recently closed transaction, the fund partnered with two private individuals in Canada who were originally interested in multifamily investments. However, “they thought the numbers and returns were better in the single-family rentals,” Miachika comments. She goes on to say that with this transaction settled, the fund has its eye on another single-family portfolio, and is commencing due diligence activities on it.

Many of the single-home rental properties are coming from smaller investors who acquired homes during the bottom of the downturn, rented them out, then saw their cap rates increase. “A lot of those groups reached their goals, and now they’re putting packages out to sell,” Miachika explains. Even the REITs involved with single-family ownership are starting to float some of their properties as well to the market. “There’s a confidence that the market hasn’t quite caught up,” Miachika observes.

As such, the AHF American Homes Fund is investing in a market in which there is some competition, but not nearly as much as that hitting the multifamily sector. Miachika points out that, unlike some of the single-family home REITs, the Canadian fund doesn’t have a great many parameters. “This fund has more flexibility,” she says. “It’s willing to look at a more diverse portfolio. It’s looking not so much at the neighborhood as much as it’s wanting stable leases and tenants.”

To that end, in the most recent transaction, the fund’s directors visited every single home in the 50-home portfolio. “The portfolio was so diverse,” Miachika says, “they insisted on seeing everything.”  – more at globest.com